6 Environmental Documentaries you must watch

Documentaries are a great way to learn a lot about a topic in a short amount of time. They are made to inform, educate & change people's opinions about certain things that the filmmaker feels is important to shed some light on.At the same time, they can be shocking, scary and hard to process & those about the environment, even more so.

To understand the amount of irreversible & ongoing damage we are causing to our planet can be a bitter pill to swallow.Nevertheless, it is always a good idea to go into a documentary watching session with an open mind - as sometimes it can open your eyes to the reality of a situation from which you may not have known.If you've ever seen some of the documentaries on this list already, you would know that they can be quite eye-opening and might even change your life/alter your lifestyle choices. But, that being said, no documentary is completely perfect & It is up to the audience to take what they want from it.

Here are some documentaries that we think are the most important ones to watch to learn more about the planet & the environmental problems we are facing as a species:

Before the flood is perfect for first-time environmental documentary watchers & of course, Leonardo DiCaprio fans. It provides good context to the environmental crisis that is climate change & does a good job in trying to provide some insight into a deeply complex issue.

A must watch for anyone passionate about climate change. Watch the trailer before you decide to not watch the documentary. Personally, I resonated with Before the Flood’s inspiring call to action. Plus 1 hour 35 mins of Leonardo DiCaprio didn’t hurt either.

Available to Watch on Hotstar for FREE -https://www.hotstar.com/movies/before-the-flood/1770004452/watch?utm_source=gwa 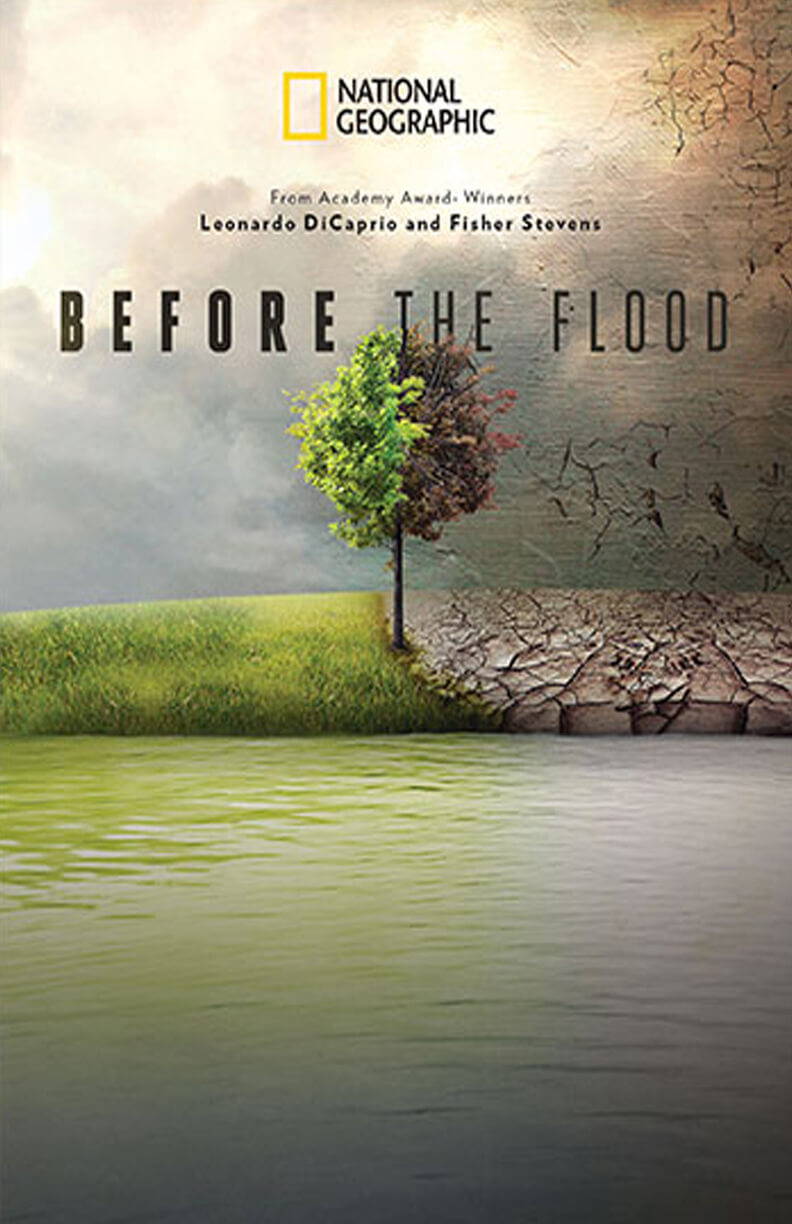 Released in 2015, The True Cost focuses on the environmental and humanitarian impacts of fast fashion.

Frequent Zara, HnM and Forever 21 shoppers will want to reconsider their shopping addictions after watching this one.The True Cost addresses the inhumane working conditions of factories that produce clothing for brands such as Zara. The documentary is brutally honest about the fast-fashion supply chain addressing topics like farmer suicides, GMO cotton to the industry’s carbon footprint.One of the many experts in the documentary is Navdanya Founder and renowned Indian environmentalist Dr.Vandana Shiva who gives an in-depth look into the relationship between agriculture and fast fashion.

The True Cost gives an impressive perspective of what happens behind the scenes of the fast fashion industry including all horrible things nobody wants to talk about.It sheds a grim light on the current state of consumerism & hopefully after wtaching this, you will be more mindful the next time you find some "cheap" clothing. 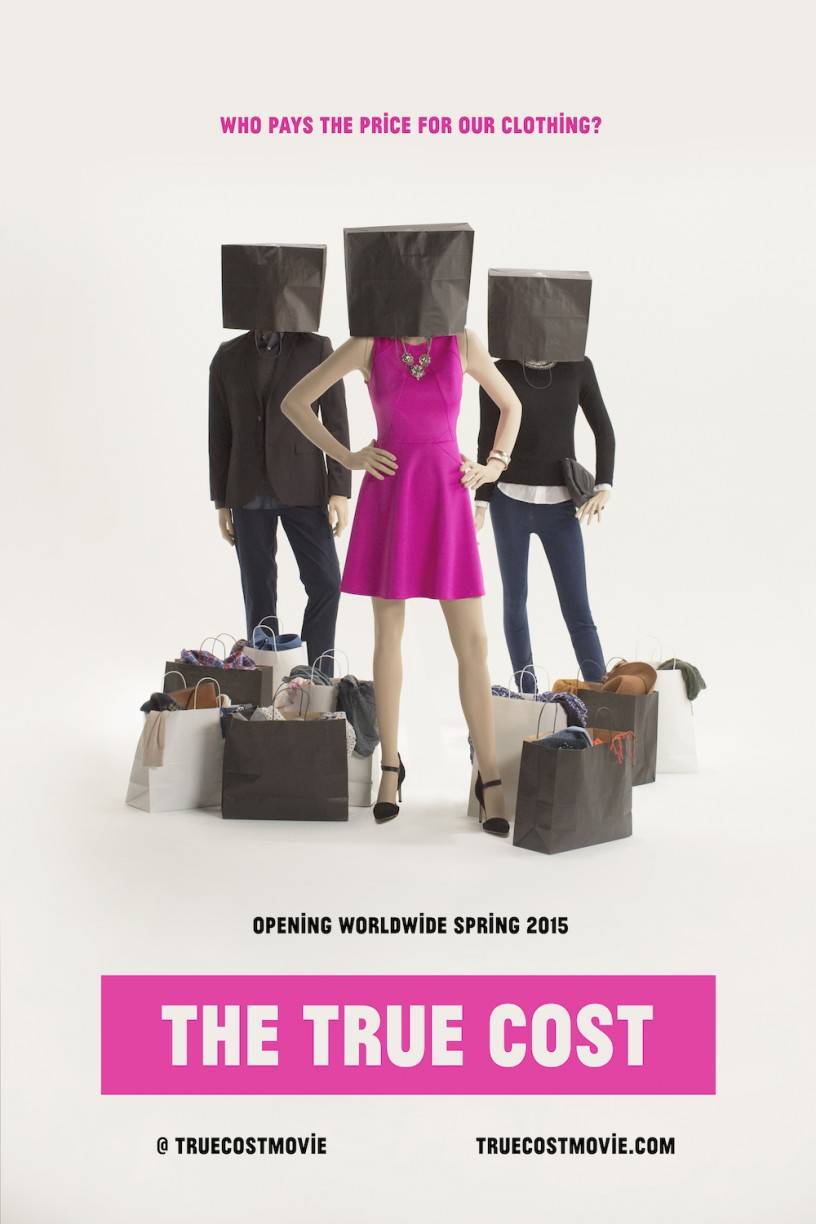 My personal favourite and in my own very unbiased opinion the one documentary you have to watch ASAP. Racing extinction is not just a documentary. It is truly an experience.

The documentary is about the next possible mass extinction caused by humans. Racing Extinction includes interviews with internationally acclaimed people you may have heard of like Jane Goodall or Elon Musk, talking about important issues. The visuals, filming and editing are all amazing, really lending you to experience the film the way filmmakers intended.

Racing Extinction will definitely leave you feeling something whether that's horror, shock, disgust or pure guilt. If you are one of those individuals who doesn’t take climate change or any other environmental issue seriously, then this “might” change your mind (emphasis on “might”). The entire documentary is done by the Oscar-winning filmmakers of The Cove, which is next on this blog list. 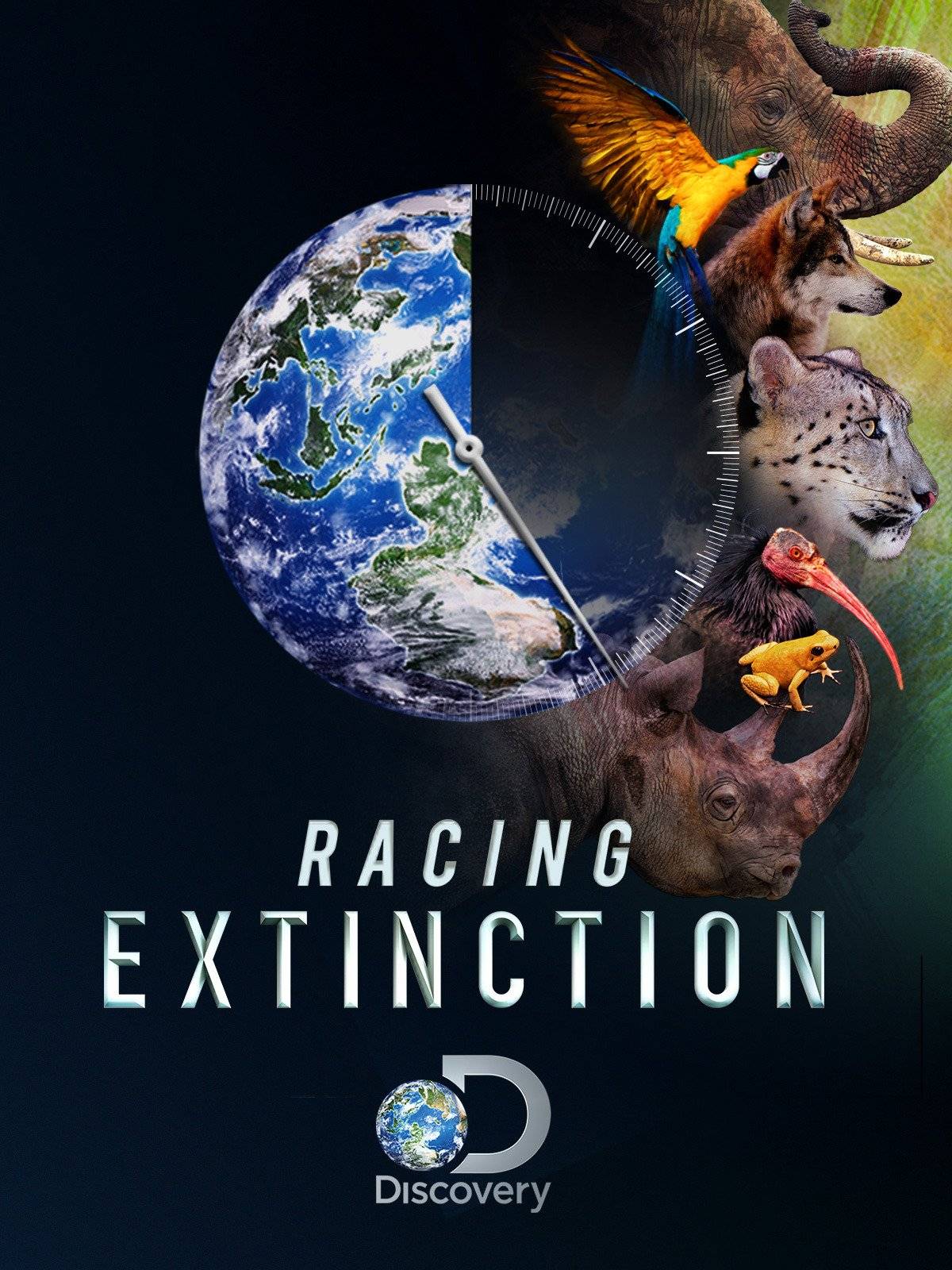 The cove is about a team of activists, filmmakers, and freedivers who embark on a covert mission to expose a deadly secret hidden in a remote cove in Taiji, Japan - the epicentre of brutal & shocking dolphin hunting practices.

The film calls for action against these practices & how deep the issue runs in this seemingly quaint town. The film won the Oscar for best documentary in 2009.

With it's incredible, award-winning cinematography & incredible story, this documentary is part informative, & part artistry. Definitely a powerful documentary that should be watched by all seafood lovers. 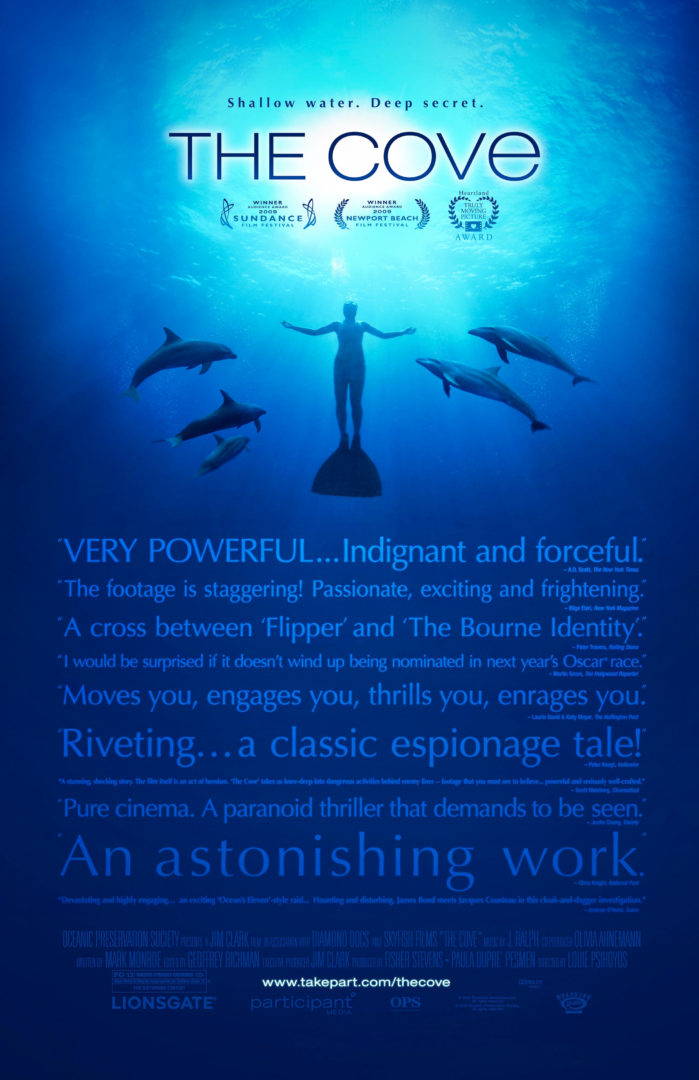 Cowspiracy explores the environmental impact of the most destructive industry which is animal agriculture.

Animal Agriculture is the leading cause of deforestation, water consumption and air pollution. The documentary exposes the environmental impact of large-scale factory farming and offers a path to global sustainability for a growing population.

Global meat consumption is 205,000,000 tons and increasing every year. As human population increases so does meat consumption. Cowspiracy sheds light on the consequences of large scale animal agriculture and how we need to redefine the way we eat. It is a conversation we should be having right now. 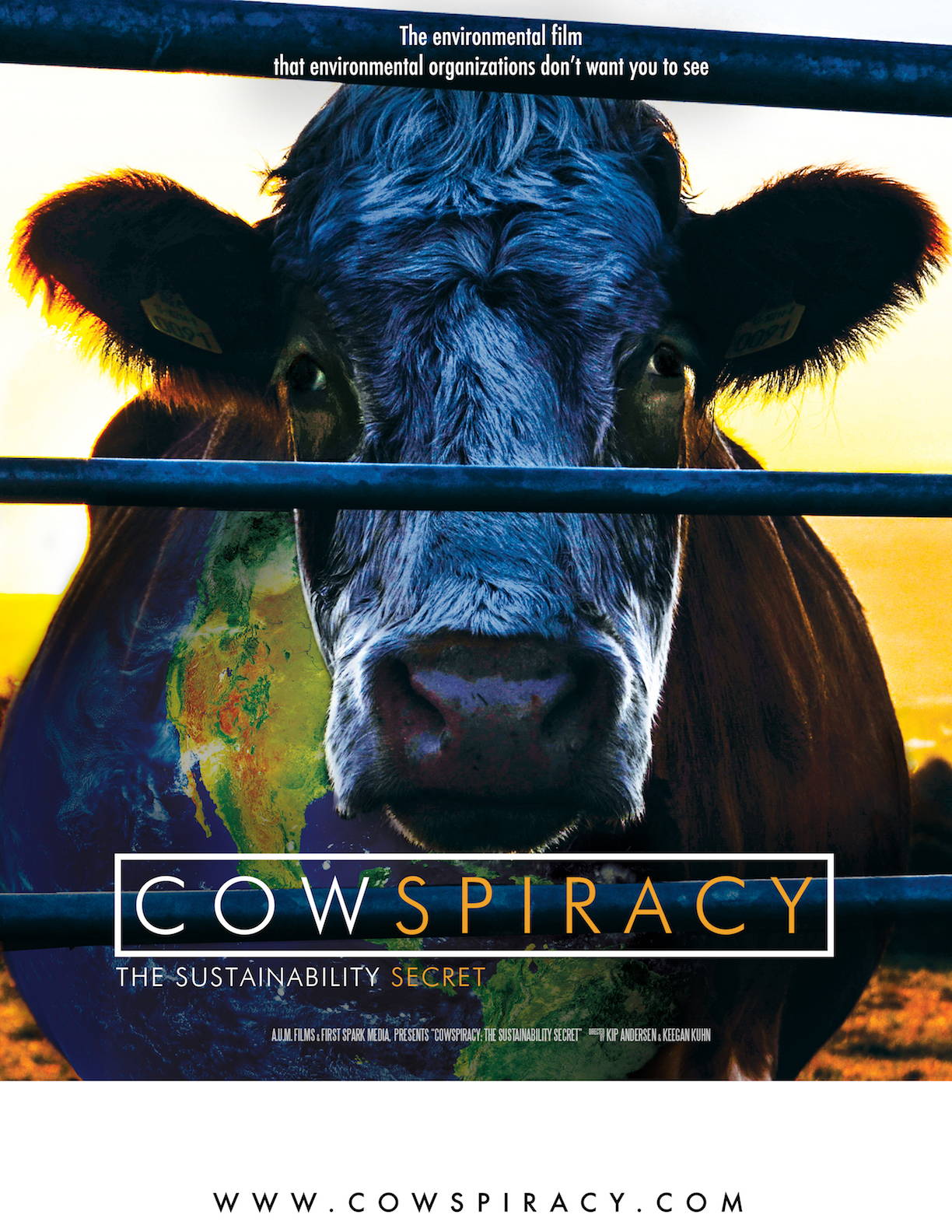 Blackfish follows the story of Tilikum a performing killer whale that killed several people while in captivity.

The documentary includes shocking footage and emotional interviews that showcase the creature’s extraordinary nature, the species’ cruel treatment in captivity, the lives and losses of the trainers and the pressures brought to bear by the multi-billion dollar sea-park industry including places such as Seaworld. 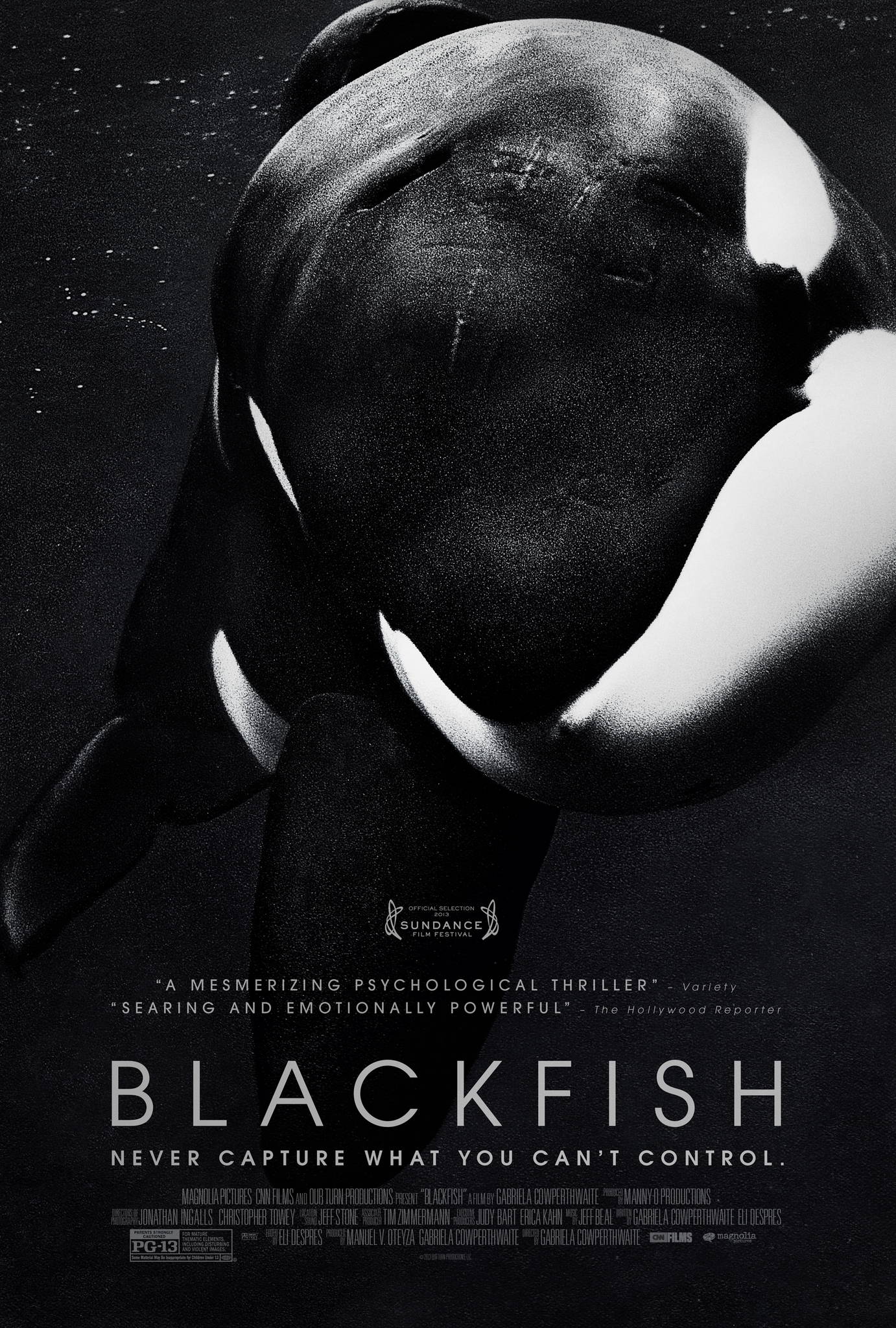